The bridge over the Caloosahatchee

Rhino-Dek® bridge deck protects the Caloosahatchee River project from salt corrosion for up to 124 years.

When the Florida Department of Transportation (FDOT) moved forward with plans to widen the Interstate 75 bridge over the Caloosahatchee River, the agency chose New Millennium Building Systems to provide a polymer-coated, stay-in-place deck form system to help solve several construction complications. The project’s solution saved time and money—as well as the delicate habitat of the manatees that call the river home.

Widening the high-level, fixed-structure bridge spanning the environmentally sensitive Caloosahatchee National Wildlife Refuge in southwest Florida was part of a larger road project to reconstruct and widen I-75 from four-lanes to eight, with an auxiliary lane in each direction. The project faced a major complicating factor, however. The Caloosahatchee River is home to the second-largest population of manatees in Florida.

Rhino-Dek, the stay-in-place bridge deck forming system selected for the project, is manufactured in a controlled environment, fabricated from high-strength galvanized steel and designed to protect bridges from salt corrosion for up to 124 years. Its ease of connection to existing bridging differentiates Rhino-Dek from the competition.

Crews could not weld the bridge deck to the existing bridge structure because of the polymer laminate and FDOT specifications. Competitive products require laddering and extensive field fabrication of hardware to facilitate connection to steel girders. Laddering is a time-consuming process involving the construction of a lattice that lies on top of the girders running parallel to provide attachment points for the decking system.

“To minimize the amount of work required on site, which would be difficult to manage given the environmental sensitivity, instead of a laddering system, New Millennium developed a fully prefabricated connection system that crews simply dropped into place by hand on the steel girder top flange,” says Gerald Arvay, New Millennium district sales manager.

“It’s easier to carry the product out on a girder and quicker to put down. So from a safety standpoint, crew members were spending less time walking around on girders that have nothing between them.”

The Caloosahatchee River is home to Florida’s second-largest population of manatees. The innovative New Millennium decking system limited the amount of on-site work required, reducing interruptions to the habitat and improving job-site safety.

Projects using this sort of system have seen labor costs reduced by 45 percent.

“When you eliminate the laddering, not only are you eliminating expensive on-site welding, but you are also saving time, so the cost savings can be pretty dramatic,” says Bob Eison of Leware Construction, the contractor on the project.

The solution New Millennium custom-designed for this project included a fully assembled part consisting of one rung of the typical laddering system used in bridging with just a small section of the rail attached to each end of the rung. The drop-in-place solution saved the project substantial time, lowered installation costs and improved safety.

Roads & Bridges magazine named the I-75 Caloosahatchee River bridge widening project one of its top bridges of 2015. In addition, the Florida Department of Transportation honored it with the 2016 Best in Construction – Major Bridge award while the Florida Institute of Consulting Engineers awarded the Caloosahatchee widening as its Outstanding Bridge Project of the year in 2016. 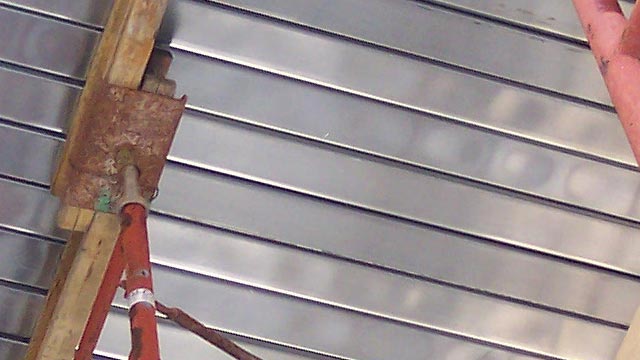 Differential stress in the metal used in roofing and wall panels can cause a condition called stress wrinkling, elastic buckling or oil canning. This can ruin the customarily smooth aesthetic appeal of a metal roof. Thankfully, there are several pre- and post-construction methods or practices that can lessen the occurrence and severity of the condition. 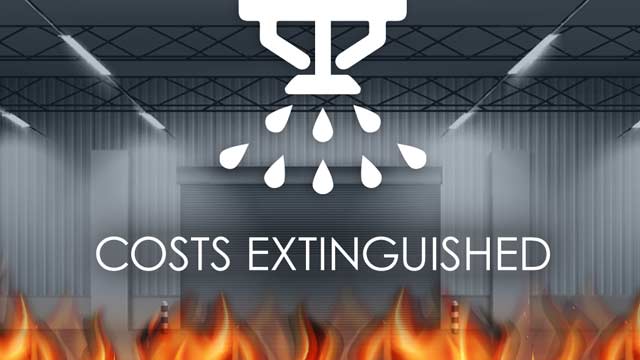 Sometimes, trying to accelerate the timeline of a complex project can backfire. In this case, a sprinkler system was prematurely designed before joist loading was known. A quick-thinking steel joist design engineer and her team helped create a solution that ultimately saved the project owner the potential cost of 20 tons of added steel.