As Americans increasingly relied on e-commerce and home delivery during the Covid-19 pandemic, the demand for warehouse and distribution center space surged to its highest level ever in 2021, according to global real estate firm JLL. Year over year, demand for such space is up 22 percent.

The urgent, skyrocketing need for warehouses and distribution centers—and their data center brethren—has forced project teams to think innovatively, adjust as parameters change, and design and build more efficiently. A perfect example is a warehouse for a large online retailer in Smithfield, North Carolina, that featured a perfect storm of project demands.

At 650,000-square-feet, the large-footprint facility is representative of the larger needs of today’s warehouse design. The project’s owner wanted to maximize the space’s storage potential while facilitating speed to market. Steel joists, joist girders, steel roof deck and composite floor deck enabled the project to satisfy the owner’s needs—and meet deadlines—while project stakeholders collaborated intensely to solve problems and keep the project on a tight schedule.

The project faced three main challenges during design and construction.

“What made this project unique was that it was large and in flux the whole time,” says Terry Fisher, vice president of the Virginia Division of SteelFab, Inc., “and the schedule was very tight.”

Projects of the size of this retail warehouse require extensive work behind the scenes before construction even begins: Planning, scheduling, estimating, detailing, negotiating, and on and on. Fisher says that was especially true of this project.

He estimated the project went through three major rounds of pricing and design with ongoing tweaks to both. During the first four weeks of detailing, he says SteelFab, New Millennium, the warehouse owner and other contractors had several calls a week to coordinate, collaborate and work through project issues.

“There was an extreme amount of coordination that had to be done for this project,” he says. “New Millennium was very helpful in many of those calls, helping keep the project on track.”

The collaboration paid off. New Millennium delivered 2,000 tons of steel joists, joist girders and steel roof deck on 120 truckloads in a little more than two weeks in July, says Robert Ferguson, engineering manager at New Millennium in Salem, Virginia. Each day, Fisher says, about a dozen trucks arrived with the material, which was unloaded and placed in a staging area.

From outward appearances, warehouse design might resemble cookie-cutter box templates, but inside is a different story. Although Fisher has previously worked with the owner on similar projects, he says this one introduced a particularly challenging element. To improve package handling inside the facility, a new conveyor system was used, requiring changes to the specified loads for the joists and joist girders to accommodate the loads.

“The owner is always looking to build a better mousetrap with their material-handling processes and systems,” Fisher says. “They brought in a new conveyor system, so where those loads are applied to the main structure vary. We had multiple rounds of additional loading being applied to the joists and joist girders. New Millennium had to involve a lot of staff to deal with that and keep their arms around it.”

Ferguson hailed the collaborative solution on deadline as a big project win.

“The joists and joist girders were designed for the increased conveyor loading by increasing the uniform load above what was originally specified,” says Ferguson, who called the changes substantial and recurring. “Also, per request, we helped offset field work required by supplying joists with additional ‘Bend-Check’ loads. The use of ‘Bend-Check’ loads applies a concentrated load on the joists along the top and/or bottom chords and checks for the additional bending stress associated. This eliminates the need for field-installed struts while eliminating the coordination of specific load locations. Coordinating specific load locations this early in the project is typically very difficult.”

The loading solution eliminated many potential job site headaches, which can be complicated, expensive and lengthy, Fisher says. He anticipates only minor field adjustments to stiffen and reinforce some joists and girders (construction was not complete at the time of writing).

As with any warehouse design, maximizing storage space was a primary goal. The structural frame is made up of concrete tilt walls and 160 interior steel support columns. Joist girders span 60 feet in the long direction of the building from tilt walls to interior columns and from interior columns to columns. The joists span 50 feet or 60 feet on the short side of the facility from girder to girder, with type B roof deck on the joists.

“In these big warehouses, big open spans are very ideal for access to forklifts running around inside,” Fisher says. “It gives them more usable space.”

The joists and girders were primed a bright white to boost the light levels inside.

The facility also includes offices and a mezzanine for an elevated second floor, which features 1.5-inch composite floor deck. Some office areas are covered with type N roof deck.

Solve the 5 challenges of warehouse and data center design 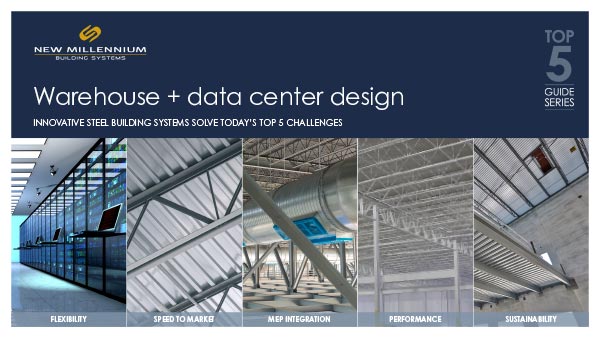 Get the Top 5 Guide 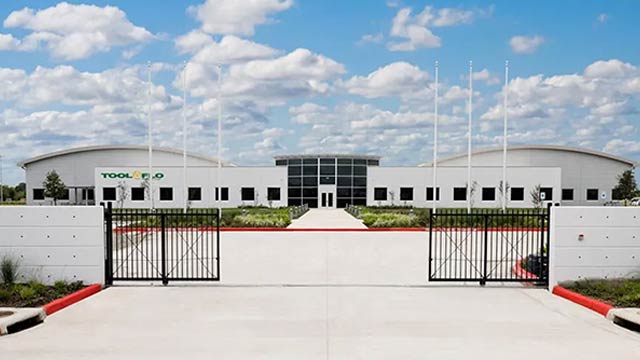 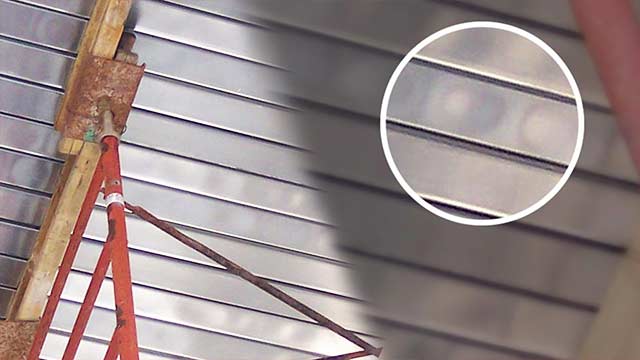 How to avoid ‘oil canning’

Differential stress in the metal used in roofing and wall panels can cause stress wrinkling, elastic buckling or oil canning. Thankfully, you can lessen or avoid it.